Why preppers should expect a war between the U.S. and North Korea in the near future, and why you can’t waste any time getting ready 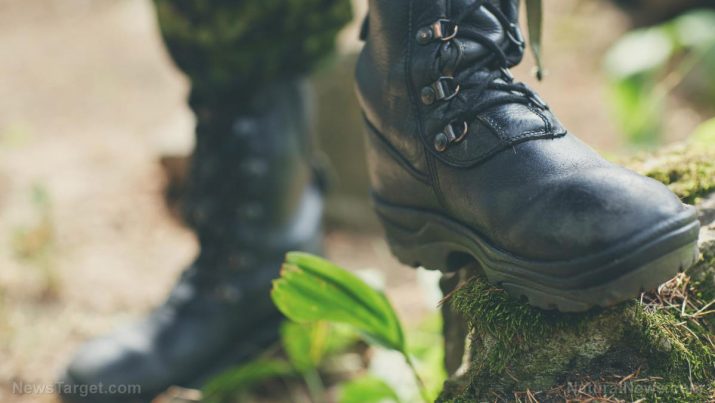 As preppers, we’re constantly on the look out for any bit of information that could signal chaotic times ahead. Consider this article one of those rare early warnings, and act accordingly.

If you’ve been paying any attention to the rising tensions between the United States and North Korea, you know what’s driving them: Pyongyang’s continued desire to develop nuclear weapons as well as the means to deliver them to every corner of the world. You also know that President Donald J. Trump has vowed that he will never let the North develop nuclear-capable ICBMs that can threaten the destruction of American cities, and that includes leaving on the table the option of using military force to destroy the North’s capabilities.

Well, we may have already reached the point of no return regarding North Korea — and a war aimed at destroying the regime of Kim Jong-un as well as the country’s nuclear and missile programs. (RELATED: Trump says he’s considering ‘severe things’ in dealing with North Korea)

While America celebrated its 241st birthday, Kim was supervising the launch of a new missile that U.S. experts believe is capable of striking parts of Alaska and the Northwest portion of our country. As NewsTarget reported this week:

Over the weekend Pyongyang once again defied U.S. and international warnings to refrain from further development of its ballistic missile program, testing an ICBM that had never before been seen.

What’s more, the North is continuing to develop its nuclear weapons program, with the end goal being the actual deployment of nuclear-capable intercontinental ballistic missiles that would endanger not just the U.S. but every country on earth.

For decades the U.S. and other countries — South Korea, Russia, China, and Japan — have been working to ‘convince’ North Korea to end its programs. But those efforts have consistently failed, largely because North Korea’s leadership over the years has refused to abandon what it sees as a guarantee for the regime.

“Some have now adopted the view that we should try something new, like diplomacy,” said Bruce Klingner, an expert on North Korea who is a senior research fellow for Northeast Asia at The Heritage Foundation. “Well, my meetings with North Korean officials last month in Europe indicated that—as has been said in other private meetings with North Koreans—denuclearization is totally off the table. There is nothing the U.S. or South Korea could offer to abandon its arsenal [emphasis added]. And we’ve had eight international agreements that failed to prevent them from acquiring nuclear weapons or give up the weapons they promised never to build.”

The one thing North Korean leader Kim Jong-un fears most is losing power. The one thing he believes is the key to retaining his power and continuing to lead his country is the acquisition of nuclear-tipped ICBMs.

And experts say he’s not giving them up.

On top of that, the U.S. has signaled in no uncertain terms that the military option remains on the table. In fact, South Korea’s top U.S. general just issued a bold statement aimed at North Korea’s Kim: If ordered to attack, his forces are ready, willing and able to do so, and in horrific fashion.

“Self-restraint, which is a choice, is all that separates armistice and war. We are able to change our choice when so ordered… It would be a grave mistake for anyone to believe anything to the contrary,” said Army Gen. Vincent Brooks, in a combined statement with South Korean military leaders.

What all this means is that war with North Korea is likely, and sooner rather than later, given Pyongyang’s increased missile testing pace.

How would North Korea respond? Besides striking U.S., South Korean and Japanese military bases and civilian population centers within its reach, it is also very likely to launch concentrated cyber attacks on the infrastructure of all three nations. In the U.S., our financial institutions, dams, power grid, air traffic control systems and others that are computer-controlled are likely to be targeted.

So it won’t hurt to be extra-prepared for the chaos attacking, and disrupting, these systems will cause. You’ve been forewarned.