Most likely causes of a long-term societal collapse 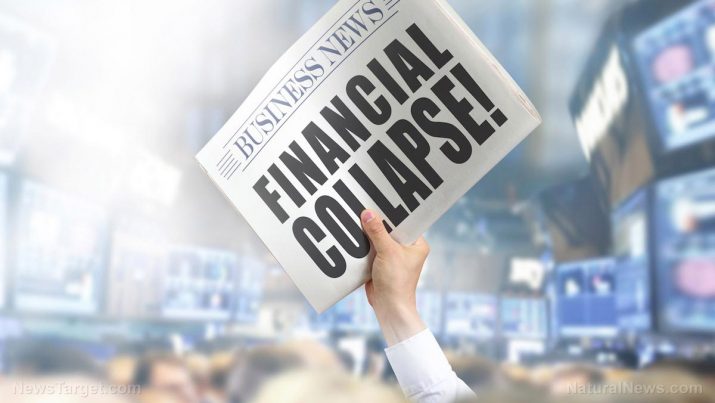 Not everyone understands the concept of prepping, and some may even wonder what it is exactly that preppers are anticipating. (h/t to OffGridSurvival.com)

Even preppers have plans for various scenarios, and not everyone is prepping for the same thing. Do keep in mind that you must always be ready for “localized disasters and crises” that may occur based on your unique situation. If you’re just starting on your journey as a prepper, you can check out other articles on how to get ready for possible survival scenarios.

When you’re ready, start planning for long-term disasters and the possible causes of societal collapse. Preppers are realistic, so we won’t talk about scenarios that only happen in fiction like doomsday asteroids.

Here are some possible long-term disasters that might happen and are based on “historical events, politics, and the current threat structure facing the country.”

A major terror attack that targets our infrastructure

No matter what country you live in, there will always be several groups of people who want to make trouble. Before 9/11, the majority didn’t acknowledge terrorism as a legitimate threat. But post-9/11, people have to understand that any threat “delivered in the right way could bring a country to its feet.”

Although most terrorist attacks following 9/11 were small, there have been a couple of failed attempts that have tried to take down power grids and poison local water supplies. If these groups succeed, especially with something like a biological attack in a large city, the country will fall into chaos. Because the government and the media refuse to identify it, not everyone is prepared for the “threat of radical Islamic terrorism.”

In the early days of nuclear testing, experts believed that a nuclear blast could damage electrical equipment and they shielded electronics near the testing sites. Unknown to them, an electromagnetic pulse would turn out to be strong enough to “someday take out power grids throughout the world.”

In 2017, the threat of a nuclear attack or EMP skyrocketed to levels similar to those “not seen since the Cold War.” The government has even spurred the Centers for Disease Control and Prevention (CDC) to start taking steps to prepare the public for the possibility of an attack.

What to do: Take the time to learn important survival and prepping skills.

What to do: Learn self-defense, especially for possible terror attacks or mass shootings.

Even though economic optimism is prevalent in some parts of the country, the United States “is anything but economically stable.” We’re still over $20 trillion in debt, and unfunded liabilities are at a whopping $120 trillion. These signs point to an impending financial collapse.

A world war or a civil war

Take a look at history. We’ve become complacent during these relatively peaceful times, but in the past, was anyone ready for Hitler or the civil war? “History is filled with events that nobody saw coming,” but unless we learn from the past, we’ll be doomed to make the same mistakes.

Never ignore the possibility of famine. The signs are already there, such as our increasing reliance on countries like China and Mexico for food exports and the decline of American agriculture.

Based on data from the CDC, which you must take with a grain of salt because it could be “grossly under-reported,” American hospitals are not ready to contain “a disease outbreak or pandemic.” They’re barely even capable of containing known pathogens in the country.

The CDC reports that more than 1.7 million people are infected by healthcare-associated infections every year. Meanwhile, 99,000 people die yearly from diseases “acquired while at a hospital.” Are we really prepared for a large-scale outbreak?

The majority of preppers believe that the country is already “in the middle of a societal collapse.” We’d be next to helpless without technology, and most people are not ready for the violence and crime sweeping through the nation. At this rate, we could be well on our way to societal collapse.

With these possible causes in mind, it’s up to you to take precautionary measures to ensure that you and your family are ready when the inevitable SHTF.