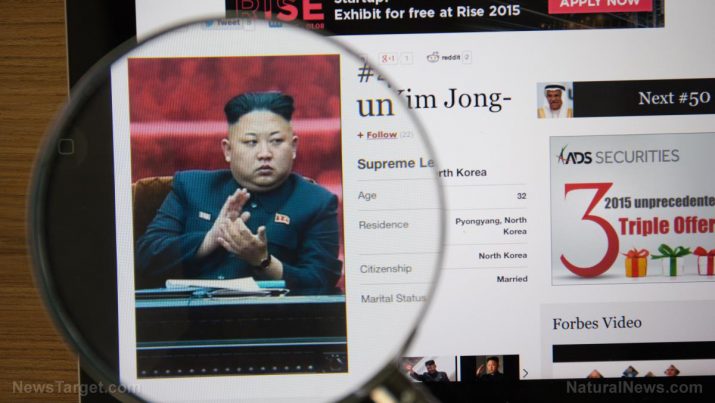 There’s so much insane news breaking each day right now that it’s almost impossible to keep up with it. Today, there are three monumental stories you need to know about. As usual, the legacy media is not telling you the full story in each case.

NBC News giant Matt Lauer, a frequent Trump critic, has been fired after being outed as a “monster” for routinely sexually assaulting female staffers. He even reportedly sexually assaulted an employee while on assignment at the 2014 Olympics.

Yashar Ali “claimed that multiple women have come forward privately about Lauer, but were ‘terrified’ of doing so publicly because of the power Lauer had in media,” reports Daily Caller:

“Matt Lauer put the fear of god into these women,” Ali wrote. “He had relationships with reporters outside NBC that he cultivated just for this purpose. They knew that.”

As expected — because there’s always a double standard among Leftists who routinely pardon their own people for sexual assault and even rape (Bill Clinton, anyone?) — legacy media staffers gushed over Matt Lauer even as these accusations surfaced.

NBC co-host Savannah Guthrie, for example, actually fought back tears while explaining she was “heartbroken” for her “friend” who is “beloved” by the people at NBC. Even when these people are exposed as being sex predators and abusers of women, they are still adored by the Left. (And why isn’t Sen. Al Franken resigning, come to think of it?)

With his firing, Matt Lauer now joins Charlie Rose, Harvey Weinstein, Kevin Spacey and a rapidly expanding list of other once-great media giants whose reputations have been decimated by the truth coming out about their mistreatment of women. The list of left-wing media men who have been accused of sexual misconduct now includes Glenn Thrush (NYT), Mark Halperin (NBC News), Charlie Rose (PBS), David Corn (MSNBC) and many others.

“At least one expert said its lofted trajectory suggested an actual range of 13,000 kilometres that would bring every city in the continental United States within range,” reports Breitbart News. “It was the North’s third successful ICBM test and David Wright, a co-director at the Union of Concerned Scientists, said the flight parameters pointed to a ‘significantly longer’ range than previous launches.”

North Korea, of course, has already promised to destroy the United States of America with nuclear strikes targeting multiple cities. Now, it seems, they have achieved the capability to do exactly that. North Korea also claims to posses EMP weapons capability, meaning it could launch just one missile into low orbit over North America and take down most of the power grid, plunging the USA into the 18th century which would result in as much as a 90% die-off of the population due to chaos, starvation and disease, according to at least one analysis.

If this news doesn’t cause you to double down on your prepping activity, you’re simply not living in the real world. A North Korean EMP attack could arrive at any moment, and there’s absolutely nothing the Pentagon can do to stop it once the missile leaves the launch pad.

While the entire legacy media is going insane against President Trump for daring to refer to Elizabeth Warren as “Pocahontas,” the truth they never report is that Elizabeth Warren lied about being Native American in order to obtain special privileges and standing at Harvard. She exploited Native Americans, in other words, and engaged in highly deceptive behavior for her own political gain.

Secondly, even though the entire media claims it’s “racist” for Trump to call her “Pocahontas,” there’s no element of racism in that at all. Warren is Caucasian, not Native American, thus the accusation of “racism” has no standing when leveled against someone who isn’t the implied race. As usual, the deranged left-wing media invokes “racism” by default because they have no logic, no reason and no standing. Quite literally, they are helping a lying White woman play the race card in a wholly dishonest way.

“Various media members and Warren herself have feigned offense at the ‘racial slur,’ but the real offense is in Warren faking her ancestry to get ahead professionally and politically,” the Daily Caller reminds us.

Watch this site for more news as events unfold. I’ve just completed a studio video on North Korea’s ICBM advancements that will be released in less than 24 hours.