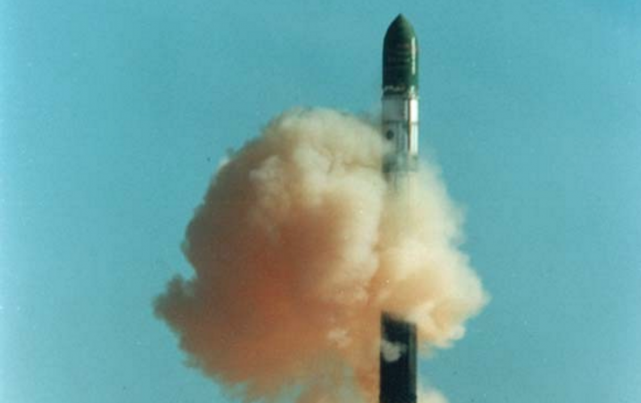 For decades, North Korea’s ballistic missile and nuclear weapons programs were the butt of jokes inside the Pentagon and throughout the Western defense structure, known more for their duds and misses than for their successes.

But nobody in the U.S. Department of Defense or throughout NATO is laughing anymore, following a series of successful nuclear and missile tests throughout 2017 that showed increasingly sophisticated capability for North Korea to pose a serious threat to the world, and the United States in particular.

It was a feat that many once believed would be impossible, but not anymore.

As noted by Zero Hedge, American defense officials are not only taking the North Korean nuclear threat seriously, but they are dusting off Cold War-era plans for dealing with and surviving an electromagnetic pulse (EMP) attack that Pyongyang now appears capable of launching.

The tactic is simple: If a nuclear device is exploded at just the right distance and location above the U.S., the theory is that the explosion could devastate the American power grid or, at least, enough of it that millions — and perhaps even tens of millions — would be killed outright or die in the ensuing weeks and months.

Indications that the Pentagon, U.S. power companies, and the government are taking the North Korean EMP threat seriously include:

— Very recently Congress boosted funding for the Commission to Assess the Threat to the U.S. from Electromagnetic Pulse as part of the National Defense Authorization Act (NDAA). As far back as 2004, Congress voiced concerns about the potential for North Korea to become part of the ‘nuclear club’ of adversarial nations that could eventually threaten the United States with an EMP attack. “Clearly, China and Russia have this capability, and perhaps a rogue nation like North Korea,” then-U.S. Rep. Ike Skelton, D-Mo., said at the time.

— In November, a collection of federal agencies and utility company executives started an exercise called GridEx IV, a biennial event where officials involved in the maintenance and protection of hundreds of local utilities practice dealing with various scenarios in which the North American power grid could fail. As the North Korean threat looms large, the most recent exercise took on new urgency.

As reported by Bloomberg:

This year, the event took on an added urgency given growing concern with a weapon straight out of the Cold War: an electromagnetic pulse, or EMP, emanating from a nuclear blast—specifically, one delivered by a North Korean missile or satellite detonated miles above the Earth. Though GridEx IV didn’t pose this exact scenario, industry experts concede there’s no clear plan to deal with it.

That last part should really be an eye-opener because what it really says is that industry experts are not at all confident that America’s missile defenses are good enough to stop a North Korean ICBM or EMP attack.

And missile defense is the only way you deal with such attacks.

In October, Business Insider reported, experts warned in a report to Congress that a successful EMP attack could wipe out 90 percent of the American people over the course of a year. Even a single detonation would jam the entire U.S. power grid while destroying the Internet and telephone infrastructure that drive the economic and financial engines of the U.S. (and the world).

In addition, a more immediate effect would include airliners falling out of the sky “killing many of the 500,000 people flying over North America at any given moment,” Dr. Peter Vincent Pry, a former CIA analyst and report co-author, said. (Related: ALERT: North Korea can now KILL 90% of the U.S. population.)